There is a saying “Excess of everything is bad” but is it really applicable for alcohol too? Excessive consumption of alcohol will jeopardize your sex life.

By Boris -
Updated June 18, 2021
Advertising Disclosure: The Performance Insiders is reader-supported. When you buy through links on our site, we may earn an affiliate commission. Learn more.
Reading Time: 3 minutes

Alcohol and sex deals with the effects of the consumption of alcohol on sexual behavior. Shutterstock Images

There is a clear relationship between alcohol and sex, but it’s not always as delightful as it sounds. There have been multiple studies regarding alcohol recently, and all of them clearly show that it has a negative impact on a man’s sexual prowess, especially when consumed in moderate to large quantities within a short time.

The good news for those that drink occasionally and lightly is that in small amounts, alcohol can help with relaxation, which in turn, leads to better communication and better sex.

In fact, a single drink can reduce the chances of men experiencing an premature ejaculation, which is sometimes a result of extreme nervousness.

We all like to believe that we are in control even after getting drunk, but more often than not, the truth is far from it! Alcohol induced stupidity can lead to extramarital affairs, unwanted pregnancies, STDs, sexual abuse/assault and plenty of other regrettable decisions for both men and women.

While it may not happen all the time, too many drinks will almost certainly lead to a mistake down the line. 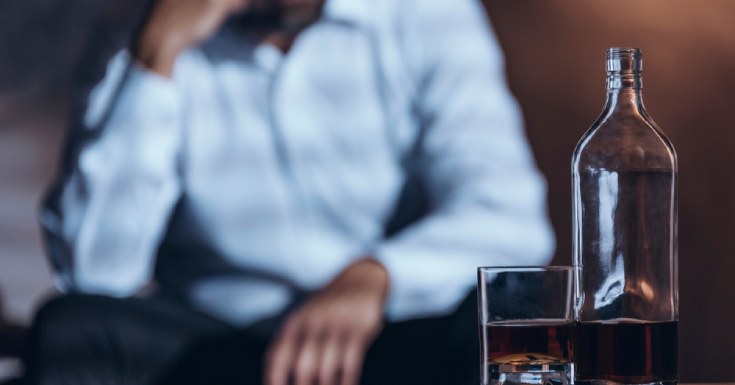 Even a single night of heavy drinking is enough to cause temporary erectile dysfunction, but long-term alcohol addiction can lead to permanent impotence as well, accompanied by a complete loss of interest in sex.

If you are already addicted to alcohol and have been for a long time, do not attempt to get off it without professional help and assistance, because the initial delirium tremens can even be deadly in some cases.

If you are wondering what are delirium tremens, read about the signs and symptoms on Amethyst Recovery first before attempting to do anything about your addiction and erectile dysfunction.

4] Too Much Alcohol and Sexual Dissatisfaction Go Hand in Hand

It has been found that women might lose some of their libido after a night of heavy drinking, but the effect is much more severe on men.

Over time, it can lead to very serious sexual frustrations between a couple if the male partner is unable to perform in bed on a regular basis due to alcohol consumption.

Even when the relationship is new, it never leaves a good first impression when you are too drunk to do anything after a romantic date night.

A regular consumption of alcohol can make you fat or obese. Shutterstock Images

Obesity is one of the main causes of impotence all around the world and regular drinking actively contributes to the problem by not only curbing one’s sexual prowess but also by making both men and women overweight.

A fit body is essential for good sex for obvious reasons, which regular and excessive drinking directly works against.

Although alcohol is not regulated and controlled like drugs, it can actually be just as bad or even worse at times. This is not to say that you shouldn’t drink socially or occasionally, but the consumption must be kept under control.

In case you are already addicted though, ask for help and seek out an alcohol rehab center as soon as possible to save your professional, personal and sexual life.

Boris loves life and traveling. He is an aspiring entrepreneur that already liveshis dream of traveling the world. Boris is the founder of Health Annotation.